A Visit to St. Francis Manor to Learn About Campaign to Serve More Seniors in Need 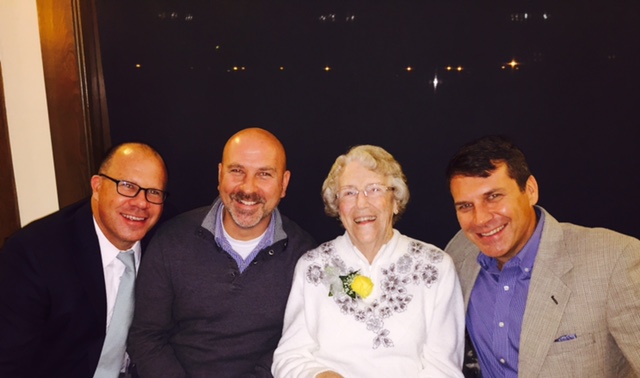 On Monday, my family and I will celebrate the life of Barbara McGillicuddy Merrill who passed away shortly after celebrating her 90th birthday in January.  A Vermont native, "Mamie" as we affectionately called her, moved to Winter Park, Florida in 1957 and raised five children, 14 grandchildren, 25 great grandchildren and countless friends.  She had a full life, living independently until her last day, supported by family, friends and a strong faith.

By coincidence, or perhaps by divine influence, last week's calendar included a site visit to Saint Francis Manor, a nonprofit that provides affordable housing for low-income seniors in Vero Beach.  The organization is in the middle of a capital campaign to raise $2 million to add 18 one-bedroom units to their campus which currently serves 100 seniors who would otherwise have no place to affordably live out their golden years. Indian River Community Foundation's Past Chair and current client, Becky Allen, arranged the visit following her own recent gift to support the campaign.

"In all my years of living in Vero Beach, I had never been to the campus until learning about the campaign," Allen told me as we were greeted by Louis Schacht, co-chair of the campaign.  On our tour, Schacht told us that there were at least 45 people on the waiting list. Seniors who were on a limited income, and who had no affordable place to live.  Seniors who by every single measure save for one -- financial resources -- were no different than my grandmother.

There are hundreds of nonprofit charitable organizations in Indian River County that will need to raise $200 million or more in the coming year to carry out their charitable missions. It is likely that you will support several of them.  If you have a heart for helping seniors in need, I encourage you to visit St. Francis Manor's website to learn more.