A Ride Along the Indian River Lagoon with ORCA 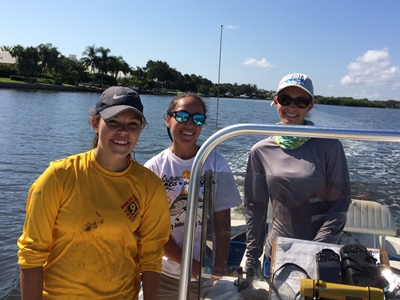 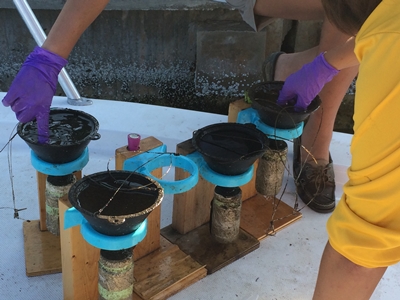 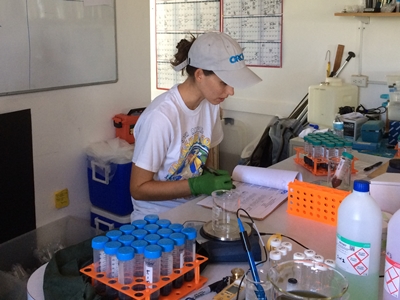 We recently had a chance to ride along with an ORCA team of Research Assistants, Madeline, Bridget and Victoria.  They were collecting muck traps that had been strategically placed in the Indian River Shores area of the lagoon.  There were 10 different residential sites, each with 5 traps, some with bulkheads and others with mangrove water frontages.  By collecting muck at its source, before it settles on the bottom of the lagoon, the amount of pollution (nutrients and toxicants) that are entering the Indian River Lagoon can be analyzed and quantified.  This new study of muck trap samples is for the measurement of microcystin which is being released from the species of blue-green algae that is becoming increasingly common in the Indian River Lagoon.  Microcystin is a potential carcinogen for animals and humans.

Back at the ORCA lab, the samples from each site were divided into about 20 vials and then a centrifuge was used to separate the water from the muck.  The water was poured off into numerous vials.  The muck and water samples, marked with the collection site, were prepared to be sent to another lab for further analysis.

There are many testing sites along the Indian River Lagoon where muck traps are being placed and samples are being retrieved for testing. Indian River Community Foundation is proud to support this important project, and will continue to report new information learned from this grant.  Click here to visit ORCA's website to learn more about how you can support the organization's work.