You are here: Home / Archives for Newsletter

Local attorneys, accountants and financial advisors gathered together for breakfast at Quail Valley River Club to honor Richard H. Johnson, recipient of The Pinnacle Award for 2016. The purpose of The Pinnacle Award is to honor an active, retired or deceased professional advisor for outstanding voluntary service to Indian River County nonprofit organizations in promoting charitable giving through estate and gift planning. Click here to learn more about how Indian River Community Foundation can help you to create and leave a charitable legacy.

Richard H. Johnson, recipient of The Pinnacle Award for 2016 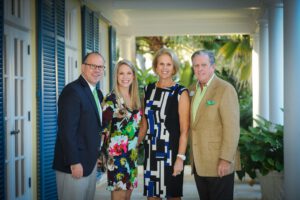 Indian River Community Foundation celebrates its eighth year of operation as it continues to help individuals and families carry out and organize their charitable giving. This celebration was hosted by Rick and Laura McDermott and sponsored by Northern Trust. The Foundation is one of the fastest growing despite it being one of the youngest community foundations. With the continued support of the founders and the individuals and families who have established accounts, we are building a better community through donor-driven philanthropy.

Pickering said they try to teach their children that with privilege comes responsibility, adding, “When we ask Grant, 2, ‘What does daddy do at work?’ we think he gives a perfect answer. ‘Daddy makes money and helps people.’”

You can read the wonderful article from 32963 below.

This past year was one of change for the Indian River Community Foundation, beginning in February with the hiring of new CEO Jeff Pickering to replace Kerry Bartlett, who resigned after six years at the helm. Then in August, the organization began moving into its new headquarters in the Oak Point Professional Building.

“We were generously hosted for almost our full history by the McCabe Foundation; we shared office space,” says Pickering, referring to the Robert F. and Eleonora W. McCabe Foundation. “There are lots of generous people giving, but when it comes to understanding the business of philanthropy and investing in professional staff, they get it and I’m very grateful that they’re a partner in the community.”

Born and raised in Winter Park, FL, where his parents, brothers and 89-year old grandmother still reside, Pickering graduated from the University of South Florida before attending graduate school at the University of San Diego. He developed a passion for nonprofits and philanthropy as a lay missionary with the Vincentian Service Corps in New York City, and his most recent position was as CEO of the Kern Foundation in Bakersfield, CA.

Pickering commuted from California as a consultant for five months until fully coming on board in June, when he relocated with wife Stephanie and children Collin, 11, Olivia, 10 and Grant, 2. It’s been a busy summer, getting their own house and the new headquarters in order before the older two headed off to St. Edward’s School and the little one to the Community Church Pre-school.

Of the organization he is quickly getting to know, he discloses that despite its young age, the IRCF is one of the fastest-growing community foundations in the nation. In 2014 it was also the second most active grant-maker among Florida community foundations, with grants equaling $7.8 million. The audited report is due out in November, but preliminary figures indicate record assets of $29.3 million held in 129 donor funds as of June 30, 2015, for fiscal year 2014-15.

“I’m very proud to say that in just seven years, we’ve made grants to the community of more than $30 million,” says Pickering. “Over time, when you get good at making grants, most of which stay right here in Indian River County, you begin to learn about what can affect positive change.”

Increasingly, donors are making provisions in their estate plans to leave a charitable legacy to the IRCF, following the lead of Legacy Society namesake Alma Lee Loy. “We have been and will continue to be in business primarily to help individuals and families to organize and carry out their charitable giving. If we provide them with good service and they trust and value the work that we do for them we earn the privilege, hopefully, to help them create and leave a charitable legacy and we’ll be the stewards of that forever.” 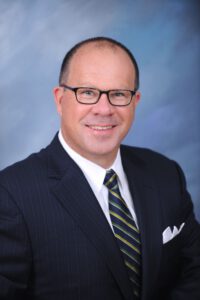 Local philanthropists, advisors and representatives of several nonprofit organizations took the long and winding road to the spectacular Gem Island home of Bob and Susan Morrison last Wednesday, hosts of the Indian River Community Foundation Founders and Fund Holders reception. The couple had only just moved into their newly renovated home when they last hosted the event in 2013, so this time was certainly a little less stressful. “We wanted to host it again because we really believe the Indian River Community Foundation is a very important organization in Vero Beach and Indian River County,” said Susan Morrison. “We wanted to do as much as we could to support it and this was an opportunity to do that.”

For most of the 110 guests the evening offered a first opportunity to meet Jeff Pickering, the Community Foundation’s newly hired CEO, who was kept busy greeting the roomful of well-wishers. “My No. 1 priority is to listen and learn,” said Pickering. He succeeds Kerry Bartlett, who resigned last summer to accept a position with the philanthropic consulting firm Bob Carter Companies.

A Florida native raised in Winter Park, Pickering will relocate with wife Stephanie and their family in the spring from California, where his most recent position was as President and CEO of Kern Community Foundation and its subsidiary Kern Real Estate Foundation.

“We had 110 applicants and interviewed eight out of that group,” said Scott Alexander, who led a search committee that included Bob Puff, Rick McDermott, Lois Appleby, Andrea Thurn, Bob Burr and Todd Fennell. “We knew he was a veteran in the business and he was highly regarded.”

After six years working side by side with some of the island’s leading philanthropists, Kerry Bartlett has resigned as executive director of the Indian River Community Foundation to take a position with an international philanthropic consulting firm.

Bartlett was hired in 2008 to lead the then new foundation, which offers donors services ranging from hands-on assistance developing estate plans and managing family foundations, to providing informational access to nonprofits and connecting donors to advisors.

From that start, the organization today manages $24 million in assets and has facilitated an additional $21 million in grants to predominantly local nonprofit organizations on behalf of its fund holders.

“I felt like Kerry was the perfect person to get the Indian River Community Foundation kick-started and get it off the ground,” said Ann Marie McCrystal, who had been chairman of the board of the VNA & Hospice Foundation when Bartlett previously worked there as chief advancement officer.

“I recommended her for the position,” said McCrystal, an early IRCF founder with husband Dr. Hugh McCrystal.  “We are very fortunate to have someone with her skills, her talent and her dedication to the nonprofit sector living in this community.”

“Kerry has been a dedicated and tireless leader for the Community Foundation from the first day she was hired to lead our organization,” said Becky Allen, IRCF immediate past president.  “I am heartbroken that she is leaving, but certainly understand that she is ready for a new chapter in her life.”

“One of the major challenges we’ve had is trying to help people understand just what a community foundation can do for them,” said current IRCF board president Bob Puff.  “We’re not a charity in and of ourselves.  We’re a collection of services and know-hows, as well as a vehicle to help people manage their own philanthropy.

“Kerry understood quite well the advantages of a public foundation and she was able to explain that effectively to any number of families who were interested in making that conversion,” Puff added.

“It’s bittersweet for me,” said Bartlett, who has accepted a position as managing director of Bob Carter Companies, an international philanthropic consulting firm, but will continue on a part-time basis through the end of the year while the board seeks her replacement.

“This was the first opportunity I had to work with a board to build a nonprofit organization from the ground up,” Bartlett said.  “It has been so rewarding to see where we started six years ago, and the work we have done in partnership with our donors and the nonprofit community to achieve our mission – which is building a stronger community.”

There are no upcoming events.